Accompanying the recent update of the TransArtists database with over a dozen art residencies from Ukraine, the team of the Zapravka residency support initiative offers an overview of the country’s residency landscape. It is but a brief introduction to a vibrant scene that has been on a rise in recent years but is still widely unknown outside of Ukraine.

Ukraine is a large European nation with a population of over 40 million people. Throughout its millennial history, Ukraine had been a place where the cultures of Europe and Asia met, bridging peoples on its vast territories. Being the biggest country in Europe, Ukraine still remains a hidden gem. Its natural landscapes vary greatly, encompassing forested areas in the north, the hilly central part, spectacular Carpathian mountains in the west, immeasurable steppes and rocky seaside in the east and south. Most recently, the country has seen the Orange Revolution and the Revolution of Dignity in less than ten years and can pride itself to have an ever more dynamic and proactive civil society. All these factors have contributed to a wide regional diversity of Ukrainian art residencies.

Although the notion of an art residency is still relatively new even to art professionals in Ukraine, the phenomenon has been around here for quite a while. One may trace contemporary residencies back to the late 19th century when mansions and private estates of wealthy philanthropists and successful artists invited painters to live and work in picturesque locations. In Soviet times, the state took over the role of the main ‘residency organiser,’ establishing ‘houses of creativity,’ symposia and plein-airs for professional artists. The latter may be considered direct predecessors of today’s residencies: a plein-air was usually a two-month trip for landscape painting organised by the Union of Artists for its members and art students. In the 1980s, they evolved to include education programmes, conditioning an exchange of ideas and creating a space for shared practices. These plein-airs outlined the foundations of upcoming art groups and movements that gained prominence in the early years of Ukraine’s independence, declared in 1991.

With the collapse of the USSR and privatisation, some of the formerly state-owned facilities were turned into informal creative clusters. Artists in their turn began to self-organise and squat in buildings in cities across the country. Things started to change gradually with the advent of the first contemporary art institutions in Ukraine (The Soros Center for Contemporary Art in particular) and the revival of private initiatives by artists, curators, and philanthropists in the early 2000s (Dzyga, EIDOS, i3, PinchukArtCentre, to name a few). This period is marked by a lack of any uniformity or consolidation in the cultural processes across the country as well as of comprehensive national policies. The prevalence of the private capital has thus shaped the institutional milieu in Ukraine in the first two decades of its independence. 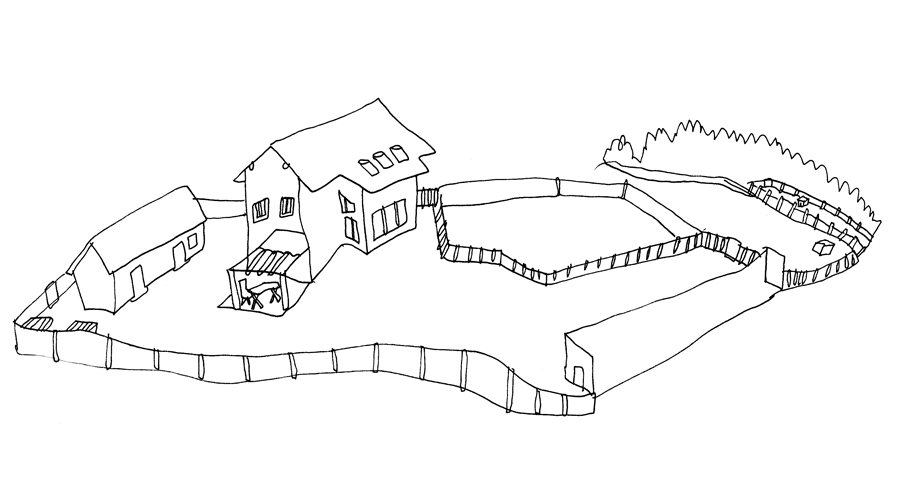 'The Muzychi Extended History Project' by Alevtina Kakhidze, 2012. Image courtesy of the artist.

Perhaps, the first Ukrainian art residency (in the proper sense of the word) that is still running today is the Muzychi Expanded History Project. It was founded by an artist and gardener Alevtina Kakhidze in 2009 in the village Muzychi near Kyiv. With her husband Volodymyr Babiuk, Alevtina launched a ‘social innovation’ programme in the village setting, lending her own studio to two or three international artists each summer. The residency being a private initiative, Alevtina and Volodymyr don’t have to pay regard to donors or sponsors and have an opportunity to experiment with formats.

In 2010, IZOLYATSIA Platform for Cultural Initiatives, then based in Donetsk in eastern Ukraine, launched its own Artist in Residency programme (AIR), focusing on theme-based residencies with a strong focus on site-specific projects. In 2011, the Partly Cloudy residence curated by Boris Mikhailov gathered eight international photographers and resulted in an eponymous exhibition in Donetsk. With the outbreak of war in the region, IZOLYATSIA was forcefully relocated to Kyiv in 2014, its AIR programme undergoing substantial change and now focusing on individual short-term residencies. 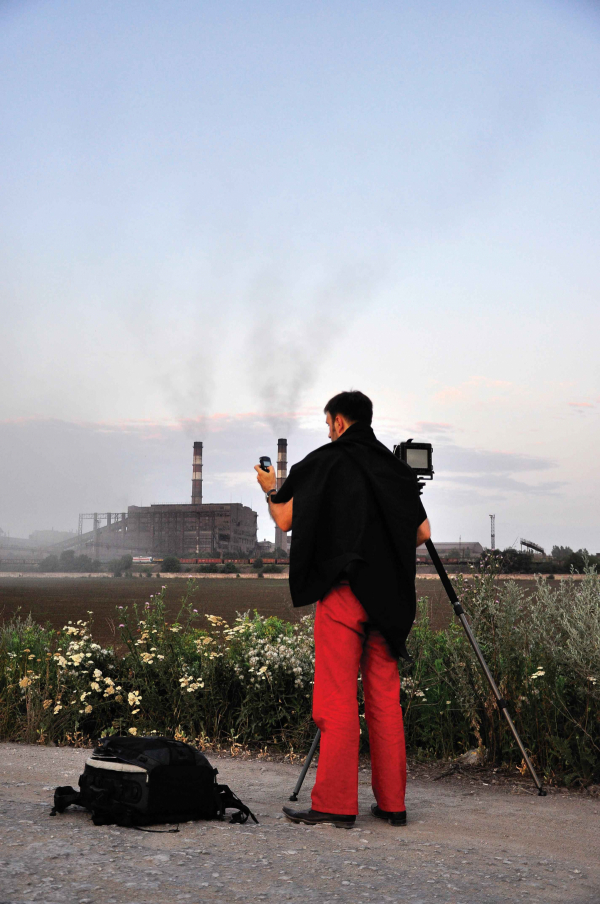 2014 was a pivotal year in Ukraine’s recent history. The Revolution of Dignity (also known as the Euromaidan) has brought about change: the former president was ousted, and a set of reforms have been launched to reaffirm Ukraine’s course towards the European Union. For the residency sector, two major factors stand out as a consequence of the reforms. Firstly, the general decentralisation policy gave additional power and resources to local authorities, informing cultural policies on a national scale. Secondly, new state institutions have been launched, among which the Ukrainian Cultural Foundation, specifically aimed at supporting culture, and the Ukrainian Institute, focused on cultural diplomacy.
The public funding for contemporary culture being a relatively recent practice in Ukraine, it is worth mentioning international institutions and programmes that have been instrumental in supporting Ukrainian culture actors for years and continue to play a vital enabling role. These include, among others, the British Council, Goethe-Institut, French Institute, Polish Institute, Czech Centres, TANDEM, Creative Europe, Culture Bridges, Culture & Creativity, i-Portunus, and most recently, the House of Europe.

A few cases from the current landscape

Driven by the spirit of self-organisation fueled by the Euromaidan, the Congress of Cultural Activists was formed in 2014. One of Congress’s projects is the Nazar Voitovich Art Residence (NVAIR) launched in 2017. The residency is located in a small village of Travneve in western Ukraine, which is home to the youngest person who was killed during the Revolution of Dignity – Nazariy Voitovich. Residency programmes aim to aggregate shared memory and find ways to de-isolate rural parts of the country. 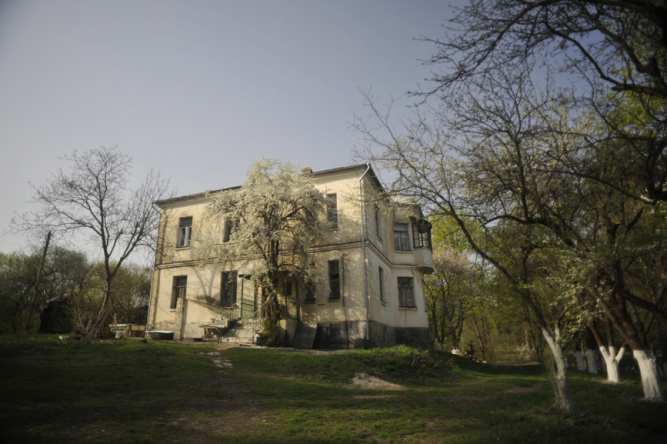 In Kyiv, the Soshenko 33 residency was born out of another activist initiative. Operating inside a former ‘house of creativity’ originally founded in 1949, the Soshenko 33 initiative rose in 2012 out of a necessity to protect the building and its surrounding orchard against aggressive real estate development. Thus was launched an alternative space for the students of the Art Academy. In 2016, a residency programme was established with a focus on research-based art practices. With the support of international funding bodies, Soshenko 33 has hosted several international artists over the course of these years.

The Nad Bogom residency, activist in nature and decentralising in its philosophy, has reflected upon yet another outcome of Euromaidan: the decommunisation policy that outlawed communist symbols around Ukraine. Self-organised around the decrepit “Rossiya” cinema in the dynamically gentrified city of Vinnytsya in 2015, the first Nad Bogom edition gathered over 30 residents to ponder over the topics of transformations of public spaces and change of ideologically charged toponyms. Two more Nad Bogom chapters have taken place since, supported by municipal authorities and occasional grants, but mostly relying on the DYI ethos of its organisers and participants.

In Uzhhorod, centre of Ukrainian Transcarpathia, artist Petro Ryaska started his own residency programme in cooperation with the local Zakarpattia Hotel in 2016. The paradoxically titled Sorry No Rooms Available AIR programme provides a resident with a 23-square-metre hotel room they can use for living and work. Designed by Hungarian architect Gere Mihaly and opened in 1979, the brutalist Hotel Zakarpattia is in itself an architectural phenomenon of a cultural, historical, and social significance. The residency is mostly self-funded. The above-mentioned examples are illustrative of the current state of the residency scene in Ukraine. With new sources of funding, many new initiatives emerge and the residency format becomes more commonplace across the country. Still, the situation is far from stable and many of the already existing AIR programmes are regularly faced with dire lack of basic financing, thus struggling to find viable strategies for survival. Some organisers still rely on the barter system with artists donating their works as a way of paying for the residency. Other programmes are depending entirely on grants. As a result, open calls with rather short deadlines are very common due to the nature of financing available.

Being an artist-in-residence in Ukraine: practical tips

The residency landscape in Ukraine is quite dynamic and uneven, so you should keep that in mind when choosing a residency according to your needs and expectations. Ukraine is a developing economy and you should expect that the level of personal comfort provided by different residency programmes may vary significantly. Therefore, make sure you have inquired precisely what you will get at the residency you are going to.

The ‘positive’ side of Ukraine’s economic situation is that, for most foreigners, everything here is surprisingly affordable. You can get a full lunch for 3 EUR at a local fast food chain or a fancy meal with a drink for 15-20 EUR in Kyiv and other big cities (in smaller towns it will be cheaper). Public transport is extremely cheap as well (for instance, one ride in Kyiv metro costs less than 0.25 EUR). This makes self-paid residencies in Ukraine more viable for artists from developed countries.

Although the war with the Russian Federation in the east of Ukraine is not over, it has been contained since 2015 and is geographically restricted to a very limited area (7%). The rest of Ukraine (and once again, Ukraine is a fairly big country) is safe.

English is not generally spoken in Ukraine. Your chances of encountering English-speaking locals increase strongly if you are in a big city and approach younger people. However, in most cases, it helps if you use some rudimentary Ukrainian and/or Russian. 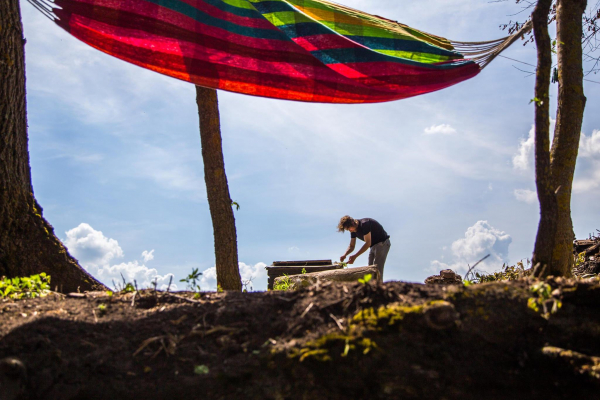 If you feel attracted to Eastern Europe with its diverse cultural heritage, the active and quickly developing art scene, civil society, post-socialist vibe (and much more than that), Ukraine might be just the right destination for you. We encourage you to check out the freshly updated TransArtists database of the Ukrainian residency programmes and to contact the team of Zapravka in case you feel like coming to Ukraine but don’t know where to start.

Zapravka is a joint initiative by the Ukrainian Institute, House of Europe and the Ukrainian Cultural Foundation aimed at integrating Ukrainian art residencies into the international context.