TransArtists' AiR Platform NL supports the development of a network of artist-in-residence initiatives in Morocco and organized a round table meeting during the Marrakech Biennale 2014. The recent developments of AiR programs feed into a longer history of artist-in-residence programs in the Maghreb. The meeting offered a platform introducing the AiR organizations as key actors in the contemporary Moroccan art field to a wider international audience.

AiR Perspectives Morocco is a round table discussion that was initiated and moderated by Heidi Vogels, coordinator of AiR Platform NL at DutchCulture|TransArtists and organized in partnership with the Marrakech Biennale team on February 28 at Ryad El Fenn in Marrakech. 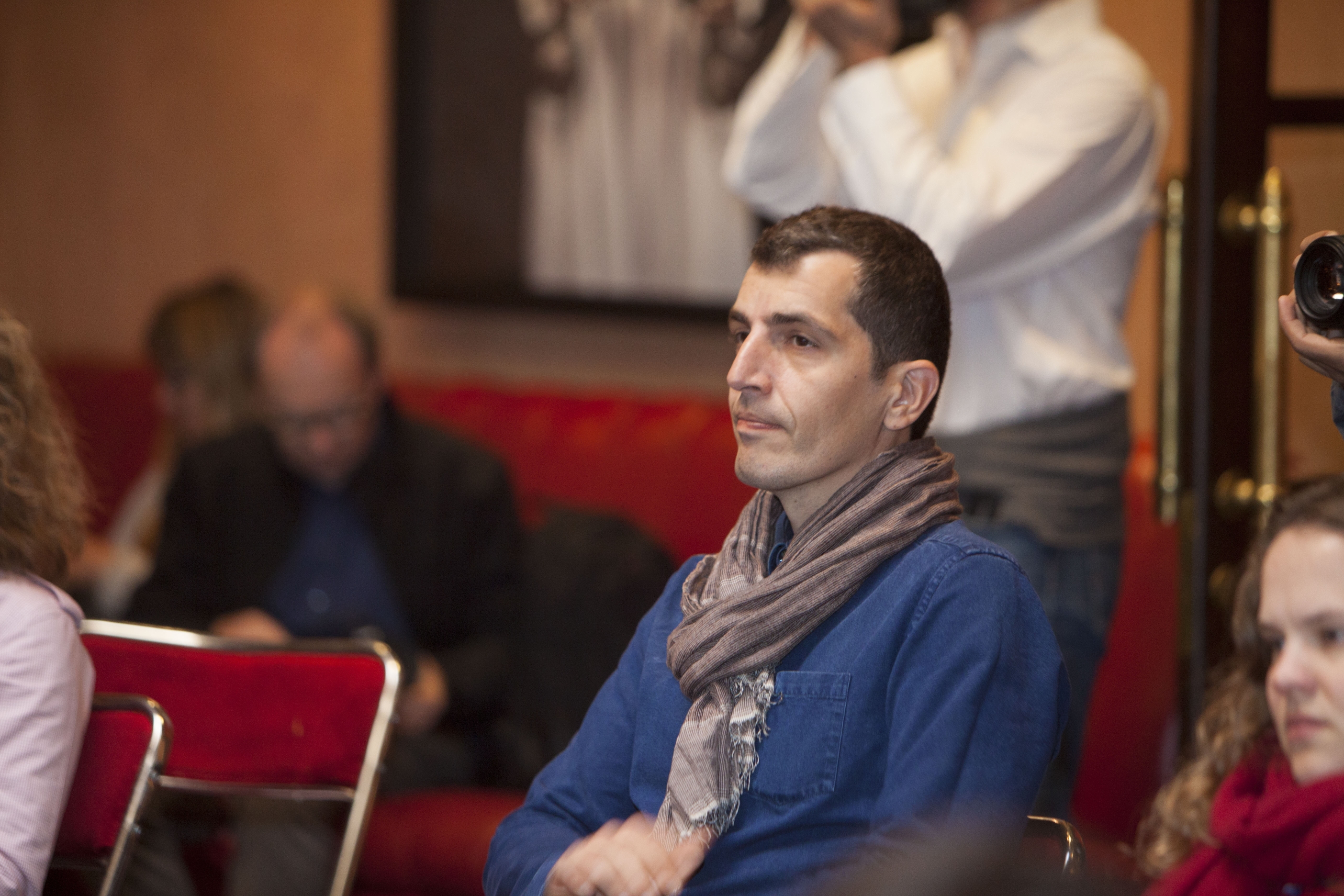 From the different countries that of the Arab Region, Morocco is the one that has a significant number of AiR Programs. Nowadays the number of AiR initiatives in the country is more than 14. Taking into account that most of these initiatives started between 2011 and 2013 it could seem that the AiR phenomenon in Morocco is a recent matter but far from this assumption AiR have a long history in the Maghreb also. Putting aside the old tradition of cultural exchange and artistic cooperation that characterizes the Arab world and that the term AiR is eminently western, we can consider that La Source  du Lyon created by artist Hassan Darsi in Casablanca is the first AiR that took place in Morocco back in 1995. In 2002 Appartement22 was created in Rabat by curator Abdellah Karoum. In 2005 we see the development of two other AiR initiatives Espace 150 x 295 in Martil initiated by artists S’himi and Faouzi Laatiri and Le Cube in Rabat initiated by art historian Elizabeth Pescarnic as well as the informal AiR of Cinémathèque de Tanger initated by artist Ito Barrada in 2006 in Tangier.

Between 2011 and 2013 we have witnessed an exponential growth in the AiR landscape in Morocco. During the last 3 years more than 7 new AiR initiatives have been created including amongst others Dar Toubkal - Mountain Propre art & sciences research centre(2011), Cafe Tissardmine (2012), Atelier Observatoire (2012), The Ultra Laboratory (2013), Trankat (2013), CultureVultures Fez (2013) and Green Olive Arts(2013). 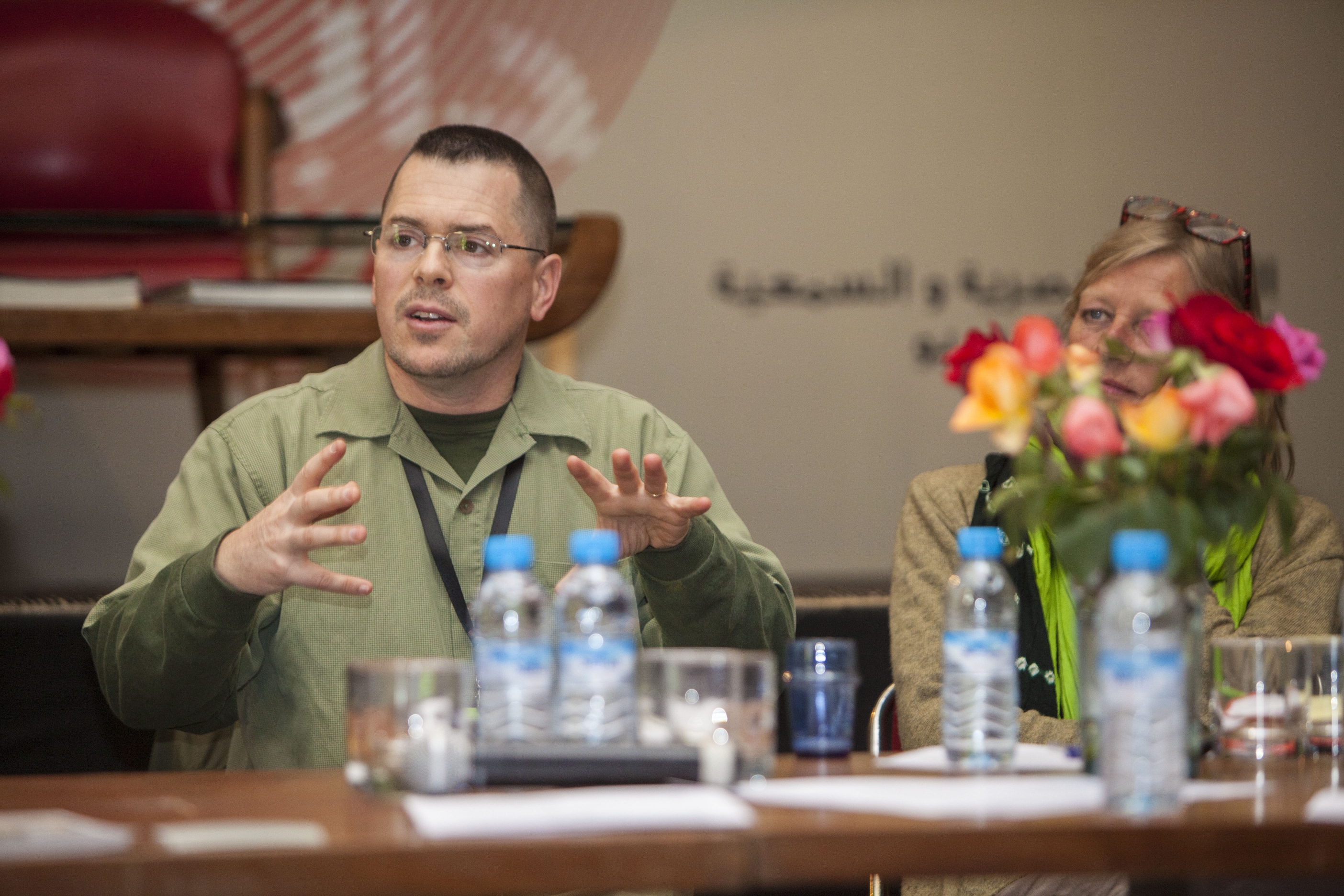 The aim of AiR Perspectives Moroccowas first of all to underline the rich variety of AiR Programs in the country while at the same time facilitating encounters and test the possibilities of working more closely through the creation of a Moroccan AiR Network. Together with the new generation of art spaces that have appeared all around the country AiR programs have a leading position in the Moroccan contemporary art scene. AiR Perspectives Morocco was a first step to increase the visibility of these programs, promote interconnectedness and acknowledge their key role on both artistic development and cultural exchange in the region and beyond.

What follows is a summary of different aspects that emerged during AiR Perspectives Morocco. These aspects could be the starting point from where to continue discussing the situation of AiR phenomenon in Morocco, map out the strengths and weaknesses of the different initiatives while at the same time facilitating knowledge exchange and collaboration. 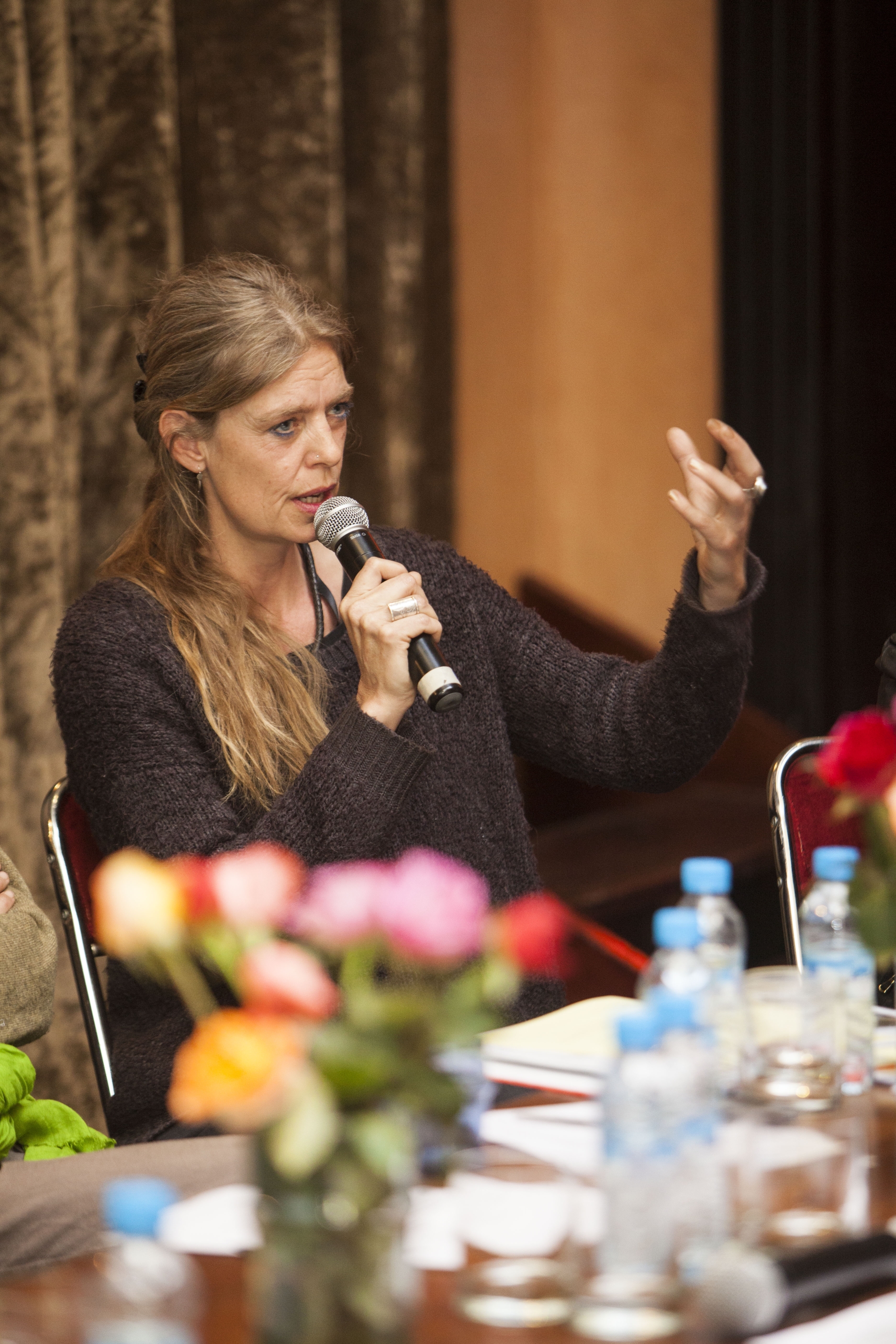 1. The contrast of aims, objectives and methodologies exemplifies the rich variety of AiR Programs in Morocco. While Source du Lyon, Appartement22, Espace 150x295, spring from the urgency to create a space for arts within the social and political context of intellectual transition in Morocco at that time[1]. The need to create and protect space for art, production, encounter and presentation is mentioned by all organizers during the morning presentations. And then again, contexts and motivations differ once more, feeding into a wide and rich variety of artist-in-residence programs in Morocco today.

2. Facilitating encounters and reshaping the dialogue between urban and rural contexts. From the presentations could be noted a distinction between programs that operate from the urban environment such as Le Cube, The Ultra laboratory, Trankat, where the emphasis lies on creating a platform for encounter and exchange and production, and the rural environment such as Cafe Tissardmine (desert), Dar Toubkal - Mountain Propre art & sciences research centre(high Atlas) and Atelier Observatoire(countryside) that keep focus on either reflection or production, research and cultural development. Facilitating and optimizing encounters between guests and a local context, either it is between artists, with (cultural) landscapes, or crafts and techniques, is a much-heard motive. 3.  Different organizational models and for what reason? Another interesting topic that emerged during the meeting was related to the ways AiR become sustainable models. It was said that AiR could be divided in two groups. The ones that are funded (mostly by European funds) and the ones where the artists have to look for funding or pay the artists fee him or herself. Within a context of little to no governmental support or national funds for contemporary arts and culture, every program has to look for sustainable models of organization. However this is a constraint for the artist as for the organization, it could also provide a certain freedom or independency on the longer run.

4. AiR movement? In general artist-in-residence programs have a function as (international) platforms for dialogue, presentations, workshops, exhibitions. This seems even more the case in Morocco where the residences fill a gap in the institutional art context for artists, curators, journalists, researchers, students and people interested to meet one another to share the stories concerning art and artistic production. Furthermore, artist-in-residence programs that are small, flexible and content driven allow art production with considerable freedom, not bothered by restrictions from the art market, the galleries, the museum, the institution. “AiR programs therefore are part of a movement, and exemplify a most contemporary art development”, according to Vassilis Oikonomopoulos, assistant curator Tate Gallery in London. “In London there was a time residence programs were starting to come up, representing the contemporary art scene outside of the institutions. Not to mention what residence programs can provide artists concerning artistic development, connections with other artists and scenes and the art market”.  Said that, these days the line defining what is an institution and what is not concerning AiR programs are not always clear. The non-institutional appearance of AiR programs in Morocco provide a certain freedom to operate in the margins. On the other hand, this has an effect on the program, visibility and accessibility both for artists and for the audiences in Morocco. 5. 'Without artists there are no residency programs' Artist Megumi Matsubara from Japan expressed her gratitude to AiR as they provide space for artists and make artistic creation possible. She pointed out the following: ‘It is in the first place up to the artist to find his or her way, to sleep and to dream, and to stomach the experience of other places to make new work and projects. The residence spaces help to build these personal and professional narratives’. What this reflection brings up is the responsibility of the artists to make the most of their residency time as well as the implications of AiR in facilitating this process. To which artist Chourouk Hriech (France – Morocco) adds to consider in this discussion the reality of many Moroccan artists who don’t have the means to undertake (international) Air programs.   Artist Youness Atbane (Morocco) points out the importance of creating a professional context for artists to work and connect with, such as the French institute residences in Morocco (with ten AiR programs the largest cultural structure in the country). ‘It indicates the idea of another position for artists and contemporary art in general, as in creating an environment of acknowledgement and support’. Creating a professional context is essential then on the development of the artists but also on the development of a residency. 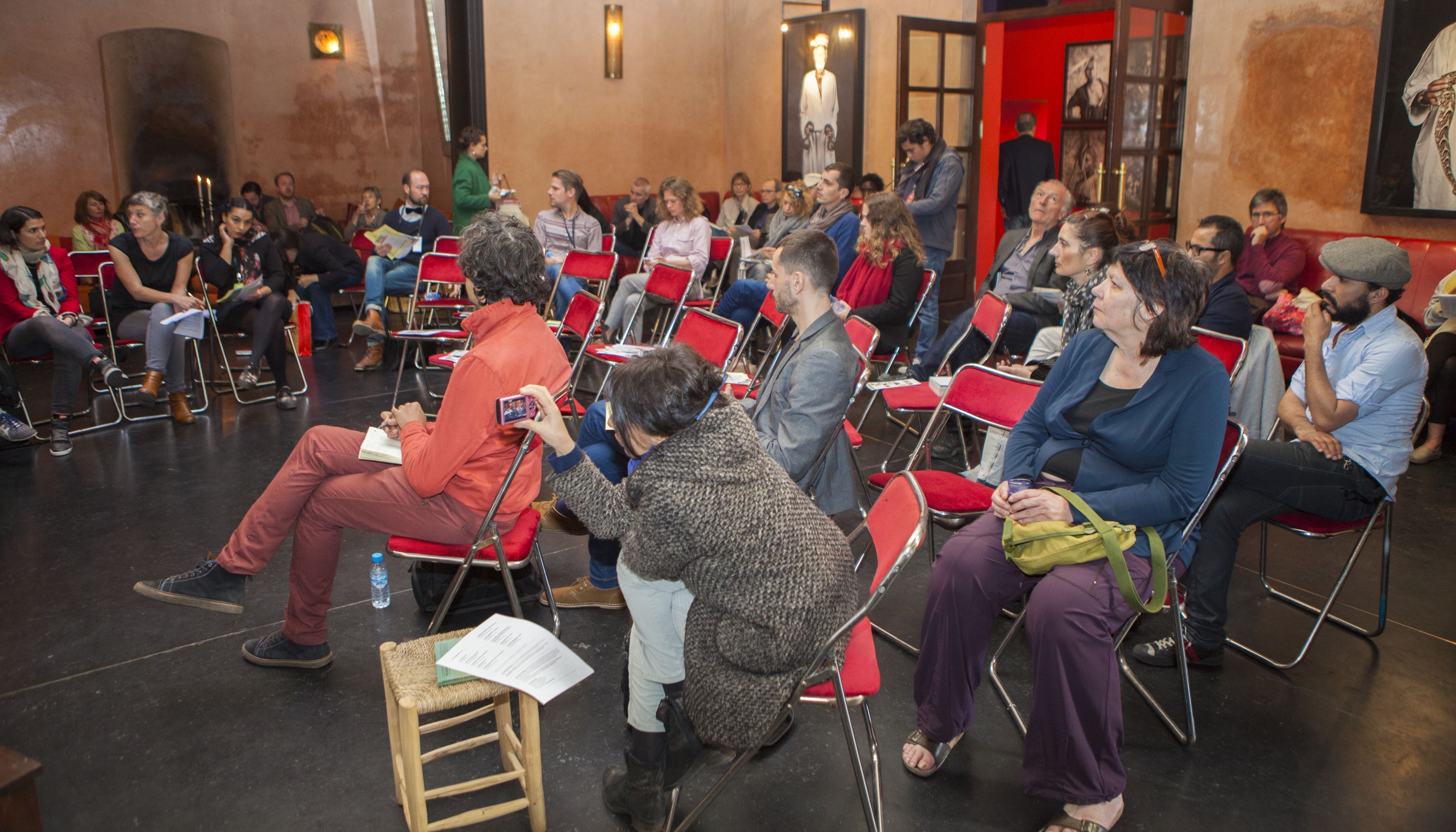 6. Why a Moroccan AiR Network? There is a need for partnering together: To share experiences, strengthen the position of artist-in-residence programs, develop a discourse, and to generate more visibility for the programs and the many spin offs that effect local economies as well as the national cultural scene. Collaborations between programs in the city as Trankat or The Ultralaboratory with remote programs like Café Tissardmine were mentioned. It can be a way to make use of each other’s facilities to create a more dynamic program or possibilities for artists. A network will help to realize these plans, to find each other, and to attract more partners in Morocco and abroad. A network can function also as a contact point and provide a political body to policymakers and governments.  A next step in developing the network could be to inform such partners of the current developments and generate insight in the benefits and importance of AIR programs for local and national and cultural field.  At the end of the program Pau Cata, researcher and curator of the Catalan AiR program CeRCCa, draws the bigger context with the North Africa Cultural Mobility Map, - inviting the participants to team up, and work together in creating a reflective and critical context about the North African arts and mobility. 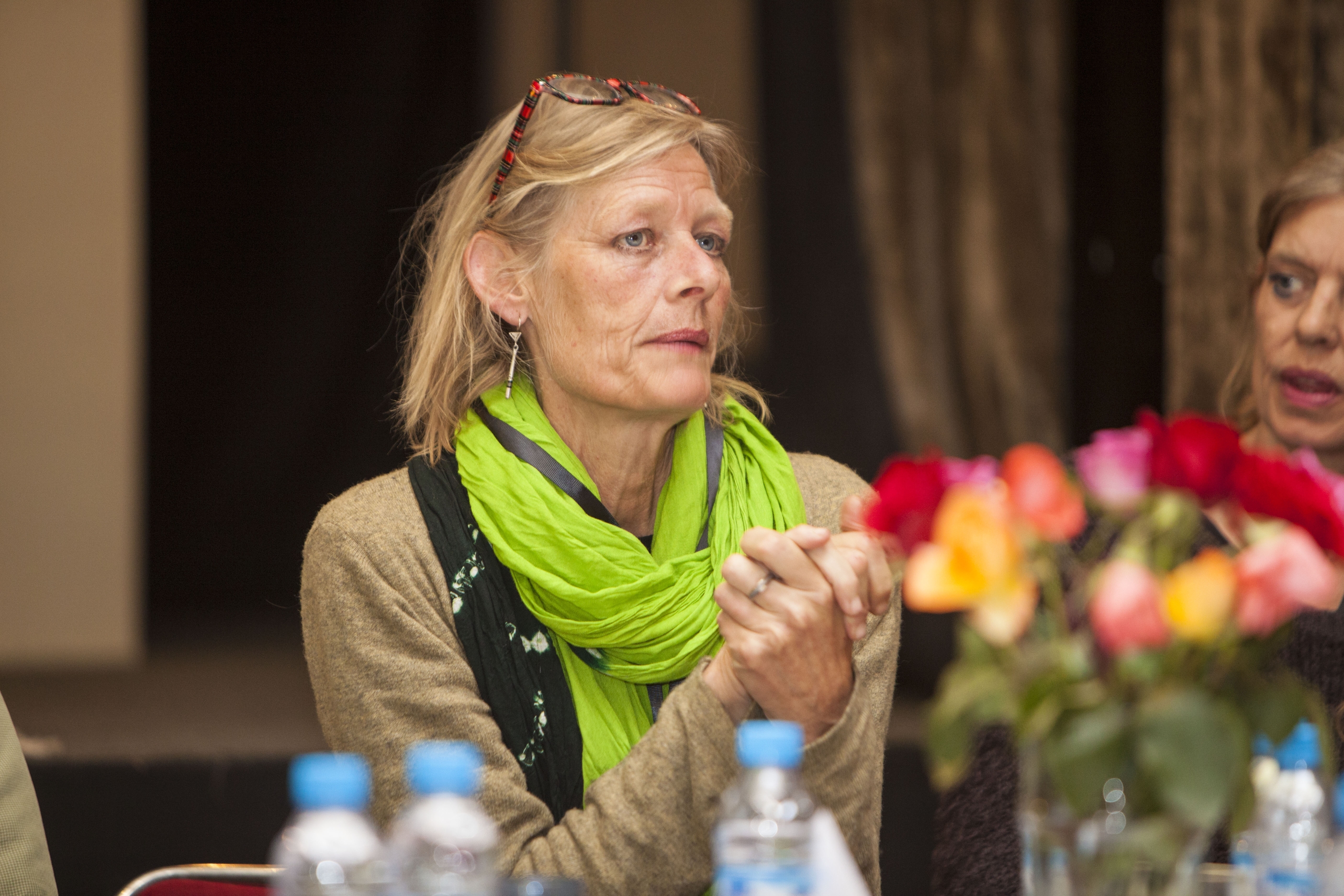 The matters mentioned here only shortly touched the table. They request more time and in depth discussion for what looks like a successful take off for a Moroccan AiR network. What had been discussed on the Morocco AiR Perspectives and afterwards seems to be a good opportunity to continue talking and sharing with the aim of developing a Morocco AiR Network.

A collaborative platform set up by cultural researcher Pau Cata (Spain) about mobility initiatives for artists, writers and researchers from all over the world in North Africa and the Middle East region. NACMM started its collaboration with its partners during a week of meetings and presentations in Barcelona in September 2016, which soon co-developed in 2017 into Kibrit, an independent platform for cultural research and production in Morocco, Algeria, Egypt, Tunesia, Palestine.

After the meeting in Marrakech in 2014, AiR Platform NL spoke with Svea Jürgenson who wrote the following article for Dutch art magazine MetropolismM about the larger context of artist-in-residence programs in Morocco.

A collaborative platform set up by cultural researcher Pau Cata (Spain) about mobility initiatives for artists, writers and researchers from all over the world in North Africa and the Middle East region. NACMM started its collaboration with its partners during a week of meetings and presentations in Barcelona in September 2016, which soon co-developed in 2017 into Kibrit, an independent platform for cultural research and production in Morocco, Algeria, Egypt, Tunesia, Palestine.
www.nacmm.org

After the meeting in Marrakech in 2014, AiR Platform NL spoke with Svea Jürgenson who wrote the following article for Dutch art magazine MetropolismM about the larger context of artist-in-residence programs in Morocco.