An overview of Russian artist-in-residence potential
by Georgi Nikich, 2012

In Russia in the last two years the term "art residence" was widely used in many texts, design projects, program documents connected to the set up, organization and reorganizations of Russian culture. The process began in 2010 after the international symposium "Artists in Residence. Culture? Tourism? Territorial Development?". During this symposium the need and potential of art residences for various social and professional environments in many geographical locations of our country was recognized for the first time.

Concept popularity
The obvious was proved: authors are inclined to change places, to open the unspoken. Even more so, by art residences it might be possible to upgrade the educational level, to change the social climate and environment, to interact with other institutions - museums and libraries, corporations and administrative structures, schools and universities. Ideas are spreading quickly, and now even from Vladivostok students are mailing me projects describing future art residences on Russkiy island.

In Krasnodar the potential of art residences is considered by organizers of Public-Art and steam-punk festivals... In cities where "the engine of changes" starts to work in municipal structures - first in Perm, and then in Moscow, - regional programs have been including the concept of art residence in their "cultural structures".

Arrive-work-leave
But we still have to admit that art residences both as a foreign word and a concept which has not been included in the institutional registers and budgets, are sprouting into life with great difficulties. In the local reality practically and even legally it is difficult to combine a place of creative work with artist’s residence - there arises a conflict of concepts of residential and non-residential premises. It is also a problem to overcome pragmatic stereotypes: it is difficult for most of organizers to realize that an artist or a composer, a designer or a writer will simply "arrive-work- leave".

From "occasions" to situations
The fact that an artist communicating with a place and people shapes the atmosphere and helps to define options for development, is still an insufficient motivation for potential providers of art residences. For that reason most of art residences in modern Russia are provided on special invitation or for "occasional" creative work. These "occasions" are exhibitions of various scale and city festivals, tourist programs and corporate projects. Such an event model is dominating in Russia so far. However, in due course the event model is supplemented with a model which can be called situational: the set conditions - social interaction or work with environment, inter-professional or interdisciplinary activity - today it is not only Russian specifics but a universal trend.


After all, it is not important how to call or distinguish models - event or situational, permanent or nomadic - it is essential how balanced and motivated is interaction between residents, providers, and sites. In our reality short of positive emotions and positive changes, mutual understanding and collaboration, art residences can become (and do become) a universal tool of positive changes. It is a matter of creative self-expression and possibilities of personal growth, city development, and international contacts.

Russian interface
By expanding art residencies networks and enhancing their international integration it is possible to overcome (or reform) gradually the unfriendliness of Russian "interface". The number of various open, friendly "conductors" to various places and people, options and prospects is just about to start growing in geometrical progression. One would like to think that we are on the verge of an art-residential boom. It is surprising that in the country with the largest territory in the world only three small points on the map (Moscow, St.-Petersburg, Perm) designate small areas where it is possible to "plunge" into Russia. Now the art-residential program of Nikola-Lenivetz Park is about to be entered in the list...

Transformation tool
In the context of Russian-Dutch Impulse project we are speaking about art residences as transformation tools and a launching pad of processes the essence of which are thin matters of changes in life style, communication, multiple choices of creative expression.

In this respect little has changed from the 17th century when Dutch traveler Cornely de Bruin (Travel to Moskovia) wrote:
"Never will I forget a walk with several Dutch women in the village of Mr. Streshnev, a rich person who lived in Fakelov place fifteen kilometers away from Moscow where he received us with generous courtesy. The spouse of that man, a beautiful and affable woman, did everything on her part to please us. We found a perfectly built house with many excellent rooms. Besides, it had a very good Dutch kitchen of irreproachable cleanliness in which our ladies cooked some fish dishes in our way, despite the fact that we had a decent stock of cold beef with us; moreover, still another twenty fish dishes were served, prepared in Russian style, with different delicious dressings. After dinner we were invited to another room where ropes for swings were hanging on crossbeams, and we were invited to rock: pleasant pastime, rather common here. In her turn, the hostess of the house herself ordered two very young and pretty maids to rock her. Rocking, she took her small child on her knees and began to sing together with the servants in an extremely pleasant and charming way, asking us to excuse her and assuring at the same time that by all means she would have invited music from Moscow if only time permitted.
When we expressed our gratitude to her for all the pleasures given to us, she led us to the pond and ordered to throw a net to supply us with fresh fish for the road. After that we said goodbye to the hosts and boarded the carriage quite happy with the reception".

Georgi Nikich (1954) is curator, art critic, humanitarian consultant, and designer, and initiator of the ArtResideRUS platform. 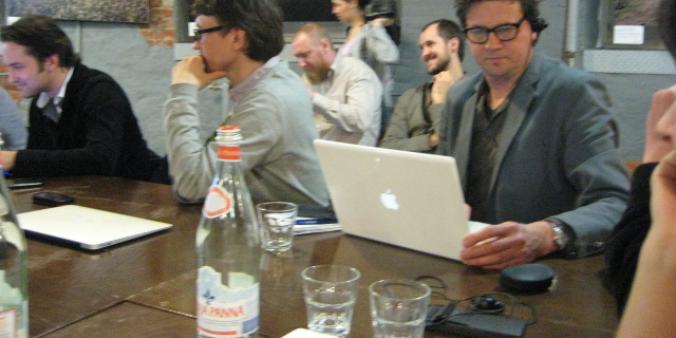 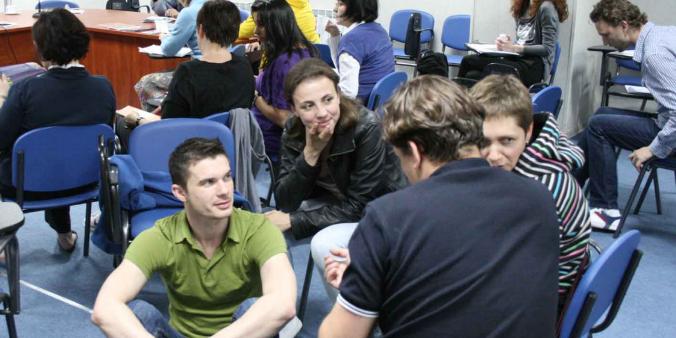 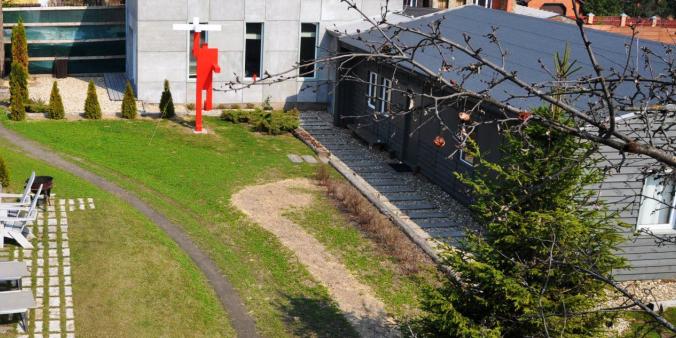 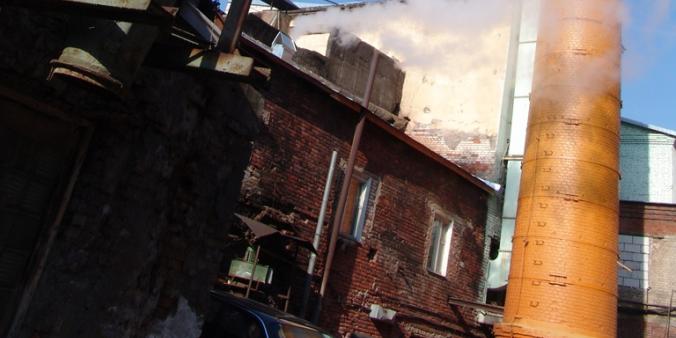 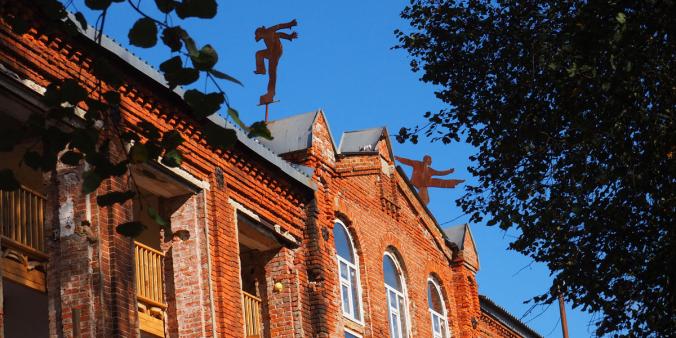