TransArtists reached out to artists in residence who are stuck. How are they coping with the situation? What’s their story?

Who: Petra Noordkamp, Netherlands
Where: AIT Tokyo, Japan
Artist and filmmaker Petra Noordkamp explores the influences of experiences, memories, movies and dreams on the perception of our urban surroundings. In her work emptiness and form radiate a feelings of loneliness, alienation and melancholy. While working on a new movie project solitude and fear all of a sudden became a common good.

What do your days look like during this crisis? You get up in the morning and…
On the other end of the Skype screen Petra moves closer to the camera. The image is pixelated, she is in a room with dimm light. It's evening in Japan and she is about to go out with friends after our meeting. “Okay. Do you know why I went here? This is really bizar. I came all the way to Japan to make a film about fear. The fear of a big life changing event that turns your life upside down and.. She pauzes, looks around and stares back in the camera “tata… here we are… Fear is all around us. Very surreal. “ Something so personal became something global overnight.”

Reality follows fiction?
In a way. I started my time here in a small but cute house: The residency in Tokyo. A house with windows covered with washi paper, so I have no view. Here you are unable to see the world around you. Right from the beginning I was terrified something bad was going to happen; like a giant earthquake. I was really living in my head at that time. I spent my days locked up inside this little house and started filming. This place became a metaphor for me being afraid. Just to remind you… this was before the worldwide corona outbreak. This was just me dealing with my personal anxiety in a cinematographic research.

And then everything changed. Right now almost everyone is locked inside, what does that mean for your project?
The world got into quarantine. And the world became afraid. I came here to tackle a universal theme from a personal perspective; and now all cards shifted. Everything has become so big all of a sudden. I’m not sure what to do now. I will find a way.

Do you still go outside these days?
I read a lot of Dutch news and see the panic on social media. But… at the same time life seems pretty normal here. Everyone wears a mask but nevertheless metro’s are crowded. Bars and restaurants are open. As you can imagine this makes it very difficult for me to judge what to do. No-one tells me here: “Petra, you should stay in the house.” But at the other hand the office of the residency has closed two weeks ago. Perhaps a lot of people are staying inside without me noticing and are all the people I cross paths with on the street those who really have to be there; People that have to go to work. Everything is so double. On the one hand the numbers of corona victims in Japan seem really low. But friends think the government isn't honest about them because of the Olympics. Things like this put me in limbo. Sometimes I get on the metro and I am happy. Other times I feel completely stressed out.

What’s your remedy agains the fear?
Going out in the world and doing what I like to do the most: filming and photographing. Remaining all alone inside the small house feeds paranoia. It was once I started going outside and went filming beautiful things all panic dropped. I visit gardens and temples. The working title of my project is “We are a landscape of all we have seen.” A quote from Isamu Noguchi; it’s pretty beautiful right? Right now I photograph rocks. Rocks, bolders and stones are holy entities here. I go out every day to look for them but; I don’t need to go far; they are pretty much everywhere. - She laughs and a picture of a few stones in a wall pops in as an attachment- You see? My name is Petra. Meaning ‘rock’.

What is your plan B. Are you thinking about going back home when the situation worsens?
Going back will be hard for me. I have sub-rented my house and am supposed to be in Japan until April 12th. I’m not sure yet there will be lockdown here but I perceive the situation day by day. 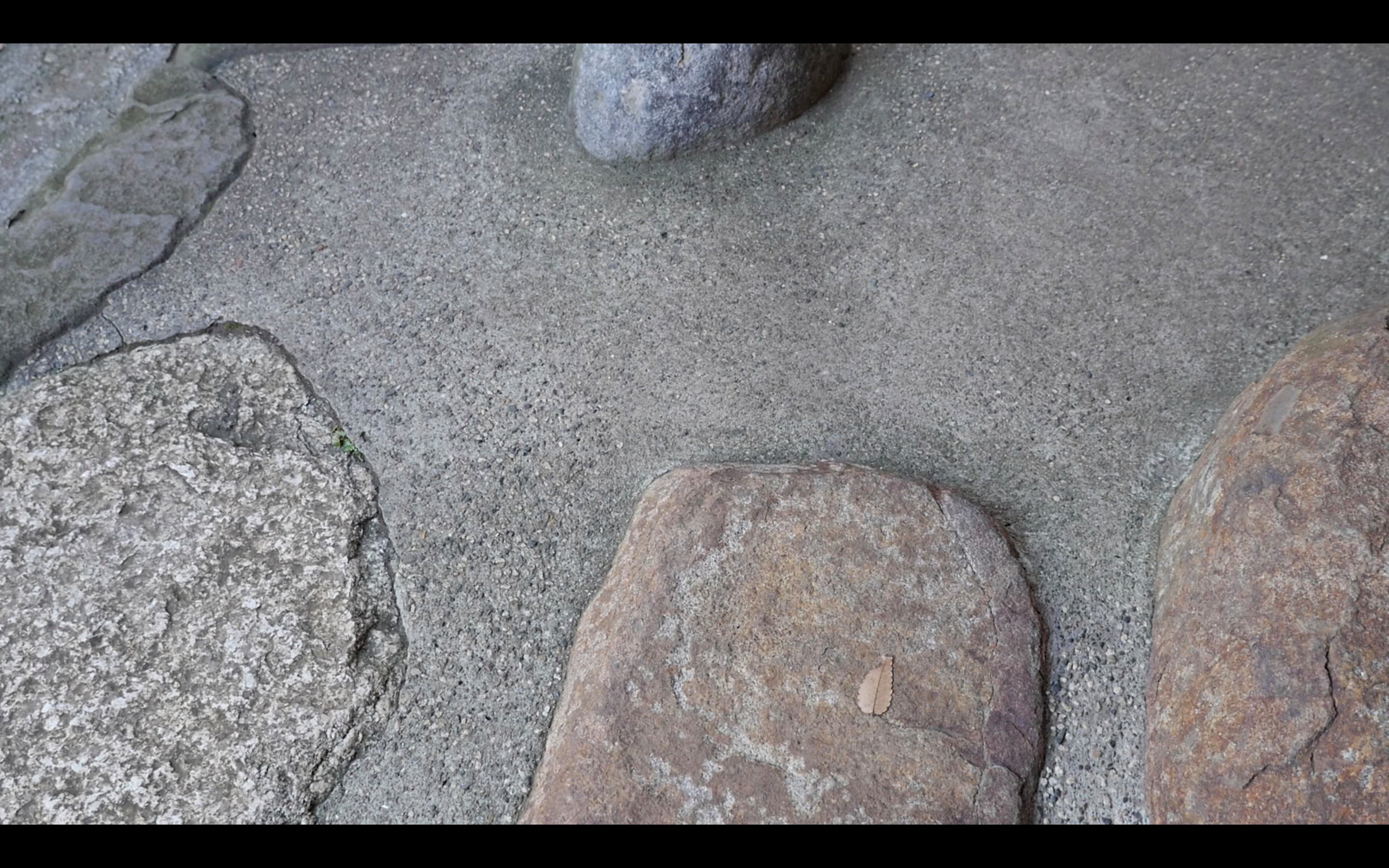 Hey how are you? What happened since last week?

Very shortly after our conversation another artist Afra Eisma, who I had met in Tokyo during a lovely dinner, together with her friend Susan Kooi, at the house of Bas Valckx from the Dutch Embassy, posted a message on facebook. Their flight back to the Netherlands was cancelled and she asked people what to do. Staying? Maybe for another two months or trying to get a flight even if it would cost a lot of money? I responded and told them I was also doubting about that. Bas Valckx saw my message and contacted me, because he wanted to help. I asked him what he would advise and then he said the embassy followed the official advise of the Dutch government and suggested me to take a plane as soon as possible because maybe in the near future there wouldn't be any flights anymore. I told him that I found it difficult to already go back because it looked like the situation in the Netherlands was much worse then in Japan. Which he understood. The next day I decided to maybe extend my residency, because I had such a wonderful time and wanted to go on with my research.

That must be a hard choice to make.
Yes. I contacted Ayumi Suzuki who has a beautiful residency in the district Kagurazaka if I could stay there after my residency at AIT ended, which was possible. After I sent an email to the AIT and the Mondriaan Fund and asked them for advice. Also because I didn't have a visum to stay longer. They were happy to hear I was enjoying my residency but they thought extending my stay would not be a good idea, not for AIT, but most importantly not for my own health. Although I would be asked to self-isolate for a certain period of time when landing in the Netherlands, it would be a relief for the Mondriaan Fund that I would be safe at home. Also when it came to the access of medical treatment. That made my decision much easier because I understood they felt responsible and so I booked a flight for the 3rd of April (10 days earlier then my original flight back). That one was cancelled so I booked an even earlier flight.

So you are leaving tomorrow?
This evening I was able to check in, so I think tomorrow evening I will go back. It's with pain in my heart because I had the best of times and really came to love this city but it's also a relief because the doubting has stopped.