More resources regarding the history of residencies

Find also in the Policy Handbook on residencies (European Commission, December 2014) a short essay on residencies' origins and developments - p.69-70 in the pdf.

Go with us backwards in artist-in-residence history:

2010: from how to what
These last years there is a growing interest in issues of artist-in-residence content. For a long time artist-in-residence programmes were focused on their means of existence, their models and ways of operating. It was the artist to provide, as it were, the residency with content. Now the interest in how seems to shift to an interest in what, and this shift can be discerned among the hosts as well as the guests. Research-driven residencies are increasing in number. The residency revolves around peer-to-peer exchange, internationally organized and focused on topics of importance to hosts and guests. The idea is growing that artist-in-residence may offer new spaces and models for the development of knowledge and understanding, not only in the arts, but in society as well.

2000: consolidation & renewal
More easy and cheaper means of travelling; quick ways to communicate through the Internet and social media: this all added to the growth of the artist-in-residence phenomenon worldwide.

Artist-in-residence opportunities have proved to be a steady addition to the art world, instead of a hype only. For many artists these opportunities have become an indispensable part of their career. Residential art centres organized themselves nationally and internationally to support each other and to represent their interests. Quality standards have been rising and application procedures for artist-in-residence programs have become more and more competitive. Funds, governments, and other parties hook on.

This development of consolidation produced a longing for renewal. Low-key, hard-to-grasp residency models emerged: other forms of hospitality were explored, such as nomadic projects, collaborative residencies, inter-disciplinary workshops. Artist-run-spaces from different corners in the world connect to each other and organize temporary residency exchanges. And there are artists, who seek the unfamiliar around the corner instead of thousands of miles away. They organize working periods in their own country, in their own town, even in their own street.

1990: globalization & diversity
In the 1990s, a enourmous wave of new residency initiatives proliferated, no longer confined to the western world but spread all over the globe: from Brazil to Taiwan, from Estonia to Cameroon, from Japan to Vietnam. The diversity increased. A strong grass-roots connection is characteristic of this new wave: the initiators not only wished to offer hospitality to artists but also to create alternative, locally based centres of knowledge and experience in the arts. Residential art centres, especially in non-western countries, function more and more as catalysts in the local contemporary art scene and have become indispensable for connecting the local scene with the global art world.

1960: utopia and social interaction
A new wave of artist-in-residence programmes emerged in the 1960s. One new model offered artists the opportunity to withdraw temporarily from a society that was considered bourgeois. They preferred to create their own utopia in seclusion. The other new model aimed for social action and attempted to involve the public: guest studios in villages and cities served as bases for social and political change. During the 1970s and 1980s, many new residency initiatives elaborated on this new tendency.


1900: patronage and artists' colonies
The first wave of artist-in-residence programmes as we still know them, arose around 1900. In the United Kingdom and the United States, art-loving benefactors regarded the offering of guest studios to individual artists as a new kind of romantic patronage.

In the same period, artists themselves settled in the countryside and collectively tried to realize their artistic ideas. An example of the latter in Europe is the artists' colony at Worpswede, a small village near Bremen founded in 1889 by, amongst others, the artists Heinrich Vogeler and Rainer Maria Rilke. Worpswede soon managed to attract international attention to the extent that the village was even called 'Weltdorf' (world village). In 1971, the colony was given a new boost with the founding of the Künstlerhäuser Worpswede, which has grown into a well-known residential art centre. 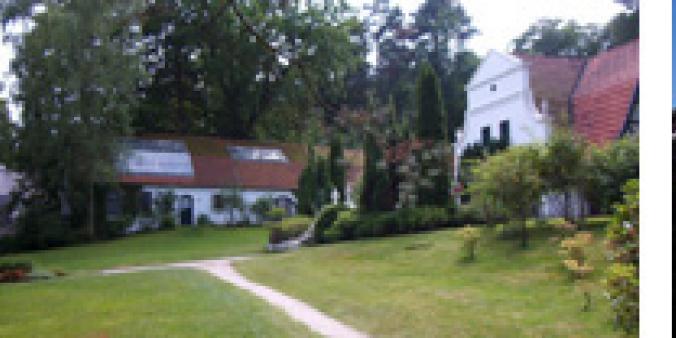 Artist in Residence Programmes in Spain: a short introduction