Spotted: artist residency in the news

Spotted: artist residency in the news

What's up with artists and residencies in the world ?

DutchCulture | TransArtists provides you with an overview of articles from general and specialized newspapers in which residencies appear. Sometimes residencies are at the core of the articles, sometimes it is about the projects artists are developing or have developed in a residency.

In short: an introduction to the changes in the Dutch cultural and artistic infrastructure that results in the disappearance of spaces for experimentation. The focus is on the exhibition spaces - but many of them also host residency programs in the Netherlands.

Learn by Painting, by Louis Menand 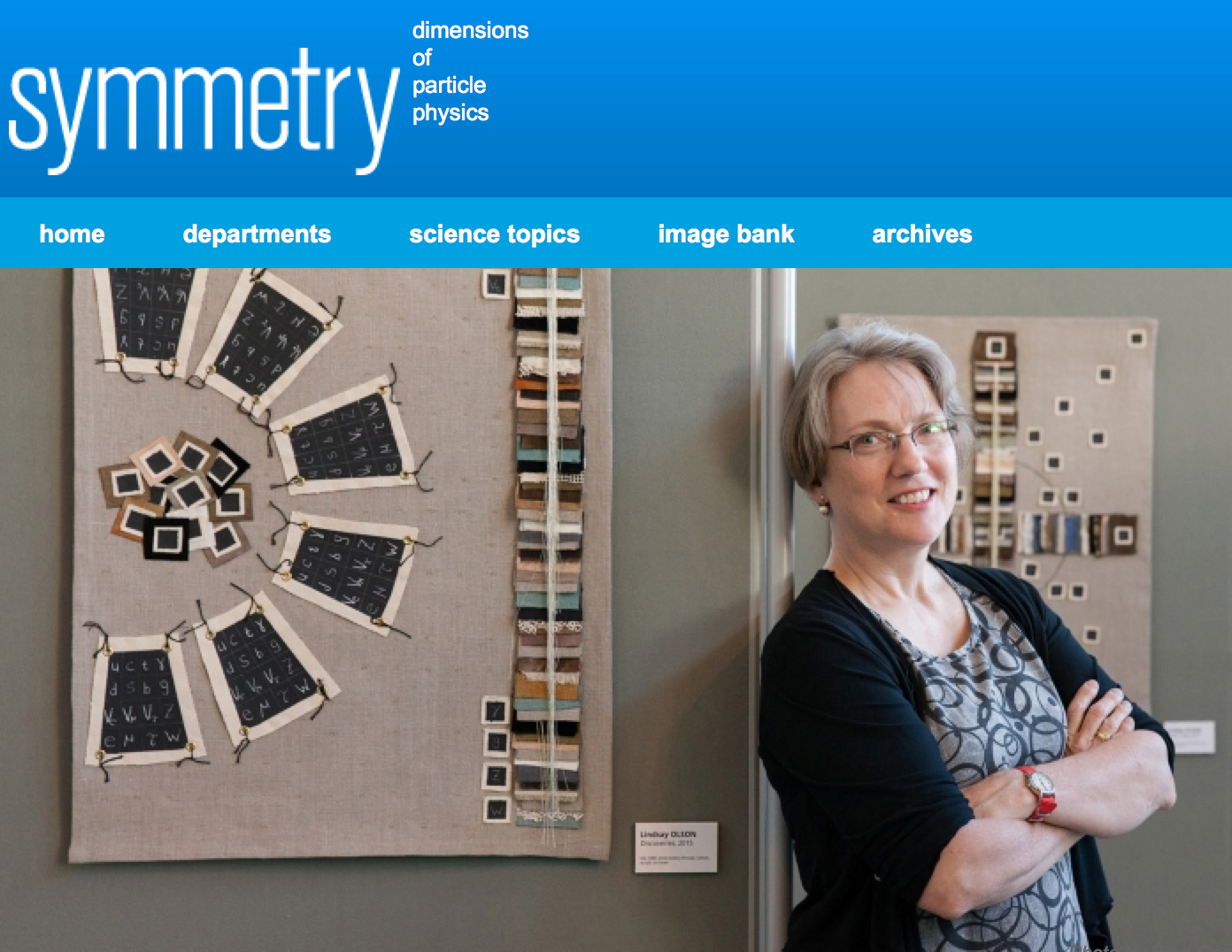 In short:  Lindsay Olson tells Chris Patrick from Symmetry about a year of creating art inspired by particle physics.

Far Away from Here, by Teju Cole

In short: Photographer and writer Teju Cole was invited by Literaturhaus Zurich for a residency - he shares his experience in the NYT Magazine.

The Story of Reviving a Community Art Center in Battambang, Cambodia, by Ben Valentine

In short: About the initiative and set up of Sammaki art center and residency - an artist-run space in Battambang, Cambodia. About the role foreign artists can have in a local community.

The Art of Healing, by Zara Zhang

In brief: Why does an hospital need a writer-in-residence ? Some answers in this article about the Harvard Medical School Arts and Humanities' programme.

7 things I've learned as an Amtrak 'writer in residence', by Chris Taylor

In short: about the entrepreneurship of EKWC, the European Ceramic Work Center which lost its structural funding (of the Basic Infrastructure of the Arts) in 2013 and had to find a new path.

In short: Presentation of the Davidoff Art Initiative and its developments over the past years. DAI has been actively promoting Caribbean artists in providing them with funding for residencies abroad, at Red Gate Gallery (China), ISCP (USA), Kunstlerhaus Bethanien (Germany) and now Atelier Mondial (Switzerland).

On artnet, you can also read an interview with Albertine Kopp, manager of the Davidoff Art Initiative (13 June 2014).

In short:  NY-based artists have now the opportunity to realise a residency located on Times Square - organised by the Times Square Alliance: "The year-long programme, which begins in June (2015), invites four local artists or collectives to work for three months each in the heart of Times Square. Residents will operate out of an office donated by a local business and receive a $5,000 stipend plus $1,500 for materials. They are encouraged to take on projects that engage Times Square’s nearly 450,000 daily visitors."

In short: Many French artists are (still) going to New York, often in the framework of residency programmes (for instance: Claudine and Jean-Marc Salomon Foundation for Contemporary Art 6-month residency for Francophone artist at ISCP)

Jingdezhen, China: The birthplace of a nation and its 'white gold'

In brief: Journalist Barielle Jaffe writes about her travels to Jingdezhen, where she visited artist residencies the Pottery Workshop and Sanbao ceramic.

Thanks to China Residencies for the link!

In brief: Podcast about the broedplaatsen (Dutch for incubators) and their search for legitimation.

Thanks to the Young Cultural Policy Researchers Forum for the link!

In brief: a new residency programme opens at BBC Radio 2.

Artists in residence give high-tech projects a human touch

In brief: Since 2000, the CNES (French center for spatial studies) has an Art-Science laboratory hosting artists and writers in residence.

In short: an interview with YARAT director. YARAT is a contemporary Art Space in Baku, Azerbaijan, which also includes an international residency programme.

In brief: Article about the Deep Lab, residency project organized by Addie Wagenknecht at the Studio for Creative Inquiry in Pittsburgh, Pennsylvania.

CERN Wants Artists and Architects Working Alongside Its Physicists

In brief: Presentation of the residency programmes of the CERN institute.

When the Art Isn’t on the Walls. Dance Finds a Home in Museums

In brief: About live performance in museum, with examples of dancers in residence at the New Museum, New York.

In short: a new residency called THREAD has been set up in rural Senegal by the Josef and Anni Albers Foundation. It opened in March 2015 - and you can read more about it also in the Wall Street Journal (Senegal's Cutting-Edge Artists' Residency, by Ian Volner, 5 March 2015)

The Writers' Retreat, by Grant Snider

In brief: interview with the director of the Red Gate Gallery and Residency in Beijing, China.

In brief: interview with Art Motile founder and director about resources available for Spanish artist in residency programmes.

In brief: About the activities of Davidoff art initiative, that supports Caribbean artists, among others through the Davidoff Art Residency.

DIY residencies: a career in the arts on your own terms, by Lisa Niedermeyer

In short: new models of residencies are being tried out by artists, from crowdfunding to very-short (24 or 48h) residencies...

In brief: About new developments in Amsterdam and the "broedplaatsen".

Banksy’s New York City – inside ‘a world made of art’

In brief: a short essay about Banksy's month-long 'residency' in New York City in 2013, by Alison Young, Professor at University of Melbourne.

In brief: Live Chat on the Guardian Culture Professional Network with residency organisers and artists.

Gathered for Zembrano (in Polish)

In brief: Where did hungry for new experiences dancers from around the world went during one weekend in May ? Burdąg ... Tiny village in polish Mazury in early May turned into a multikulti workshop. What attracted them there ?

In brief: An introduction to Beppu Project and the Kashima Artist Residency, started in 2008.

Looking for lost diamonds in Antwerp | a residency project

In brief: Artist collective Llobet & Pons talk to Culture360 about their project realised during a residency at Lokaal01 (Antwerp, Belgium).

Umberto Eco: 'It's culture, not war, that cements European identity'

In brief: Not directly about artists' residency, but a great approach to culture, mobility, identity with the "idea of (...) introducing Erasmus [mobility programme] for craftsmen and professionals".

Artist Residencies in the Developing World, by Claire Breukel

In short: Spotlight on residencies in Jamaica and Nairobi

Have you published an article about artist in residence, residency programme, or residencies in relation to other agents of the art world ?
Or maybe you have read such an article ?

Let us know about it so we can link it here! Email Marie Fol with the link to the article, or the name and date of the publication if the article cannot be found online.
Note that it can be in any language.

Read it out there

InterArtive.org: Many articles about (international) residencies in the InterArtive special issue on Art & Mobility. Overview of content here.

ChinaResidencies.com: artists' and residencies' profiles on the residency platform dedicated to China, with extra information and news about funding and Chinese art scene linked to residencies. Overview of news here.

randian 燃点: Launched in 2010, randian 燃点 seeks to promote independent cultural debate in China and to foster intellectual exchange between China and the rest of the world. This means independent commentary on art, artists, exhibitions and galleries, as well as video, architecture and design. Among other events, news and opinions, you can find information about projects realized in residency. Access it here.

Residency Unlimited Dialogues: RU's resource conceived as an online critical and theoretical platform to collect information and sharing of knowledge about the evolving field of art residency. RU is also providing an ongoing platform for the project Lanchonete. Have a look to the dialogues and Lanchonete here.

Culture360 Magazine: Get in-depth perspectives through articles and interviews about arts and culture in Asia and Europe in the magazine of Culture360.org. You need to look through the content to find news about residencies. Direct access here.

We recomment to read the article published on ArtsHub (Australia) by Madeleine Dore in October 2015: "Why we are burning out in the arts". It is not per se directly relating to residencies, but we feel it is important to highlight this issue in the art world.