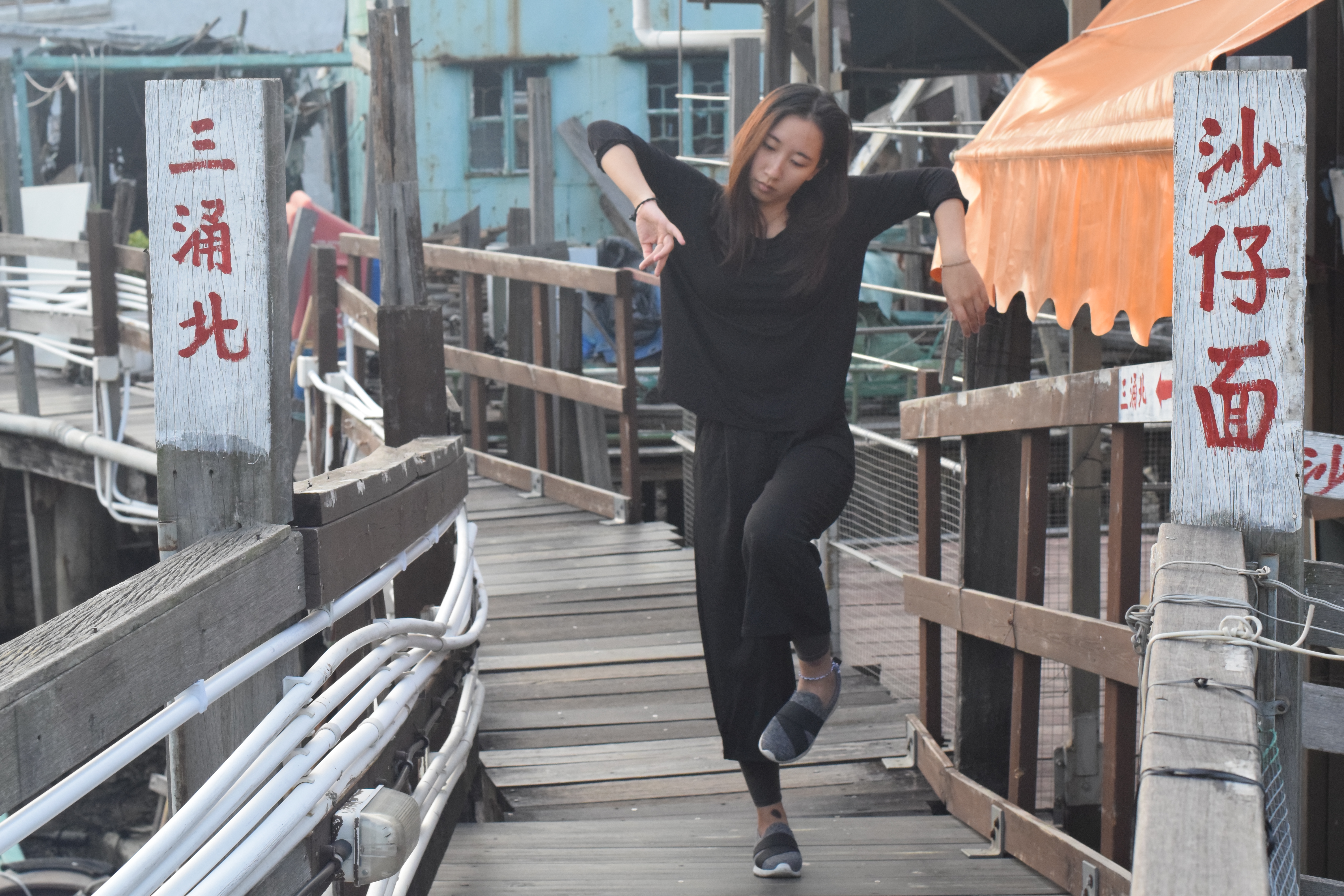 This project is a nomadic platform of artistic research exploring the possibilities of impromptu dance as a tool to analyze the social fabric in different contexts. Through observations and social experiments in different places in the past few years, our group produced improvisational, site-specific creations focusing on body as a tool for local realities and social spheres.

A field research will serve as a base to gain deeper insights into local realities and get into a dialogue with different local agents, A documentary film with philosophical exploration will be produced in this phase. (Field research: We might visit local artists and NGO groups, conduct interviews with artists, activists and local people, to know more about the social context, history and memories.)

The field research will be focusing on the following questions:
How to define "Environmental Impromptu Dance"?
What is the possibility of the impromptu dance in the field, and interaction with local people?
What is the relationship between body and field, and what is the influence in the place?
What kind of social experiments can be done with "Environmental Impromptu Dance"?
How can videos capture the body and social interaction in the place?

(1) Live/ theater performance
Physical theater will be our main medium to present our work. We believe that feeling and understanding of each site/place are correlated to time and incidental occurrence of events. At the same time, the site/place and experience interact with and influence oneself.

During the process, the artist will record and thoughtfully explore events happened, as well as changes within the artist. Physical theater can reproduce the experience of the artist and social context, traveling deep into the inner world of the artist.

Does the “place in the moment” really exist ? What kind of place can a theater represent? What is the meaning of “present” and “represent” to the place and to the artist? We will explore these questions during our final exhibition/ documentation.

(2) Documentary/ Exhibition
Through researching the culture and field research around the art village, we are eager to know the social context, and discussing thoughts and viewpoints with local audiences. A documentary will be produced to present and to create discussions with locals.

We are an artist group: VAGA Body & Multimedia Experimental Group

Artist as Ethnographer"(Hall Foster) is our project theme. We would like to explore the possibility of different place, due to the past research training of field research, our team are much more focus on the local issues and history.

We believe this chance of residency will go into the social context, as our group creation expectation.

Group member: Yang Liu(Chinese, 1991), choreographer, body explorer, who graduated from Hong Kong Academy for Performing Arts, MFA in dance. Her recent works focus on body senses and performance exploration, seeking the personality in the body and sensational instinct. Meanwhile, she explores how to represent and create meaning of the body in field and time. In "Three ways of cloth fluttering" (2016), she explored the body's personality based on field and ideas. Besides dance, she is also a multimedia designer. She combines her interests to explore the possibility of cross-media dance. From concept design to multimedia production, she creates works from the viewpoint of a dance choreographer. Her multimedia dance works include "Field"(2014), "Gravity"(2014) etc.

Group member: Kuo Ying Hsiu (Taiwan, 1985), a transdisciplinary artist and a lecturer in the Department of Media and Visual Communication Design at Chang Gung University, during 2013-2016. In recent years, she’s been focusing on social issues and the relationship between field and identity. She is interested in social interaction and symbolic interaction, both interpersonal and between people and field. Through observations and social experiments during the last few years, she created different works in various field (including traveling and living in Barcelona, India, Zurich, Hong Kong and Taiwan etc.) Portfolio: https://goingshow.carbonmade.com

A group project based on the refuse disposal problem in Hong Kong (2016). The group visited and observed garbage collection facilities and landfill, also interview cleaners. They presented a theater work to express the environmental problem caused by materialism of the contemporary society, which was inspired by the myth of Prometheus to represent the contemporary social parable.

The work expresses respect to poet Xia Yu. This instrumental film deconstructs body movements of dancer Yang Liu, Embodying philosophical process of the city, body and field. By adding repetitive body applications and background sounds of the city, it reflects the possibility of disconnection between body and city.

This work a 24-hour observation of garbage problem at a Hong Kong night market, with the dancer Yang Liu's performing in Temple Street, Hong Kong. The actions reflect body awareness of the garbage issue.

We now are documentation our residency experience as a documentary, now we've been travel to Hong Kong and Vietnam in 2016. We believe this residency help us to discover more about the possibility between the body and field, and deep into the local social context.