The presentation last thursday was well visited by Seoul curators and critics. While picking numbers to decide the order of presentations by the artists, it appeared that at the end of the day the critics become critical when the atmosphere loosens up.  Well, it was a long day listening presentations in Korean. 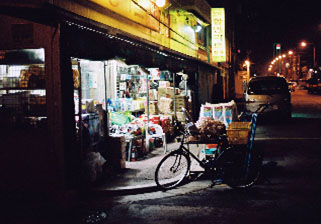 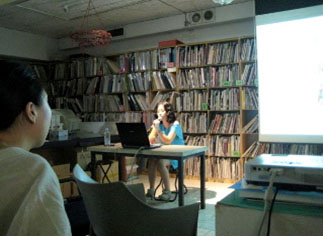 The weekend before I spent two days in Sokcho, - North East from Seoul. Sokcho is a small harbor city, close to North Korea. The coastline guarded to trace North Korean spies. Little is publicly known about life in North Korea, or about the 10.000 North Korean defectors who live in Seoul. Subjects that are rarely tackled in the Korean art scene. It?s the personal sphere and the market that brings forth the work. Though in the context of a rapidly changing society where social structures are based on Confucianism, that has a political note included as well.

The Aloe Vera is part of Hyewon's collection of plants. The other green is part of the small garden of the Minbak (kind of home stay) in Sokcho.