The theme based newsletter about international artist-in-residence programs & other opportunities for artists to stay and work elsewhere, served with a relates side dish.

Funwari, translated from Japanese as floating, airy, fluffy and elusive, is a conceptual artist duo consisting of Chie Yamayoshi and Noriaki ‘Jack’ Matsumoto. Funwari utilizes digital technologies to probe how spectator ship functions within the signification process of realism - which is still verisimilitude and visual effects - as well as exploring the gray areas between representation and subjectivity, the staged and the authentic, or the collective and the idiosyncratic. 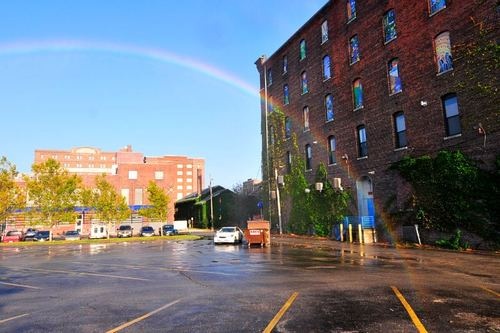 Rainbows are one of those things that move us. Here is a famous youtube example of the effect rainbows have on people: Double Rainbow.

Perhaps it’s their rarity that contributes to this factor. Sure, you can produce small ones with the right conditions, but ones like you see after a rainstorm aren’t so easy. Well, at least for most people. Artist Michael Jones McKean, however, seems to have figured it out.

He has been working for several years to create a machine that can not only produce large-scale rainbows, but also doesn’t require any conventional power source. He’s been successful in his attempt, making small ones in parking lots, and even over his studio. The machine is solar-powered and uses only reclaimed water and sunlight to work. He has made an installation at the Bermis Center for Contemporary Arts in Omaha, Nebraska. There he produces his largest rainbows yet. We can only hope that he’ll one day figure out how to create the awe-inspiring double rainbow. 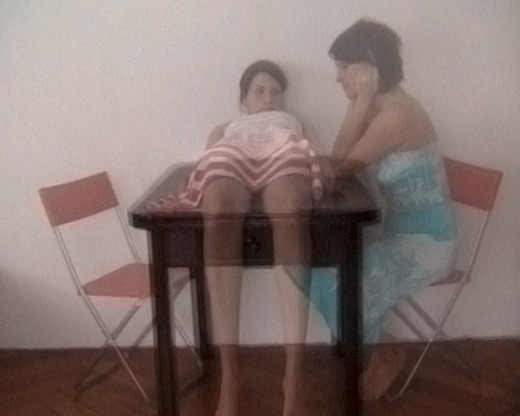 In 2008  Anahita Razmi stayed as an artist-in-residence at Gasworks in London. During her stay she worked on Coincidental Table Dance, an installation consisting of two videos, different in their length, that are projected precisely overlapping onto the same screen. Both videos show a dark table in the middle of the frame, it is the object around which the actions take place. The videos are looped and offset derives, so that it is letting the actions interfere in various ways through time, creating endless new coincidental choreographies and superimpositions.

Breather from Andrea Polli on Vimeo.

"NEW DELHI, 2011 (IPS) - Winter in the Indian capital is a season of mists. The air becomes charged with toxic emissions and particles that cannot disperse due to a meteorological phenomenon called "atmospheric inversion"."

Breather, developed by Andrea Polli illustrates the problem of air pollution in Delhi India, where one person dies every hour from breathing complications. In this work, a common Indian car is encased in a plastic bubble that inflates and deflates at a rate similar to human breathing. Commissioned by Khoj International, New Delhi. Khoj Studios based in New Delhi sees its role as an incubator for art and ideas, artistic exchange and dialog in the visual arts. Through their programming they aim to assist and develop, forms of art such as media art, performance, video, environmental, public and community based art, sound and other experimental modes of cultural production.

What Three to four international artists work alongside one - two Indian artists at the KHOJ studios in Khirkee village.

Green Cloud over the city

Nuage Vert (Green Cloud) is a city scale art project, by the French artist duo HeHe, which uses the vapor emissions of a power plant chimney as a projection surface, adding a second level reading to a site which is both visible and ignored: a household waste incinerator. There are three incinerators that serve the Paris region – capable of absorbing household waste and converting it to district heating and electricity – and their cumulus clouds stretch out into the Paris skyline. From 6:30pm until 10:30pm on the 27 November 2010 - in subzero temperatures - a green halo appeared to come out of the enormous incinerator in Ivry-sur-Seine. This time nobody called the fire brigade and the police didn’t come - Just another night in the city of light.

Where: Headlands Center for the Arts, Sausalito, CA.

Here is a video of Laura Arrington testing the mirrored jacked in the sunlight streaming through the window of her Headlands Residency studio. Laura is part of San Francisco based experimental performance group. Her work explores and challenges notions of the performing body; pushing it’s physical, emotional, and psychic states of being.

Headlands seeks artists who explore new directions in their work and expand the parameters of their chosen medium, and who consider art's role in relation to the larger social, cultural, or political issues of our time. 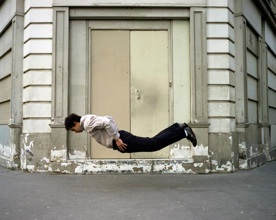 Where: The Fountainhead Residency, Miami, FL.

Denis Darzacq photographs bodies and questions the place of the individual in society, his frustrations and the freedom, which is necessary to know how to protect. His artistic research, on the edge of the sociological documentary and the contemporary stage setting, feeds itself with the numerous work undertaken for the press. His style, marked by the painting’s history, oscillates between rigour and exuberance.

SVA is an art and design school in New York City offering animation classes through its continuing education program. Our animation courses blend the practical, the theoretical and the creative, and are taught by seasoned professionals. Request information at [email protected] to learn more about the animation classes offered in the continuing education program at SVA.
Click here for course listings

Optical effects (also called photographic effects), are techniques in which images or film frames are created photographically, either "in-camera" using multiple exposure, mattes, or the Schüfftan process, or in post-production processes using an optical printer. An optical effect might be used to place actors or sets against a different background. Read more on Wikipedia

An example of a multiple exposure composite image of a lunar eclipse taken over Hayward, California.

Haus- Rucker-Co’s experiment brought new perspectives on the fusion/separation between the body and the space.

Raketenbaum is a performance and a diptych showing how Michael Sailstorfer had a fruit tree catapulted into the air by compressed-air cylinders attached to its root balls. Michael Sailstorfer was artist in residence at Villa Aurora Residency, Los Angeles, CA 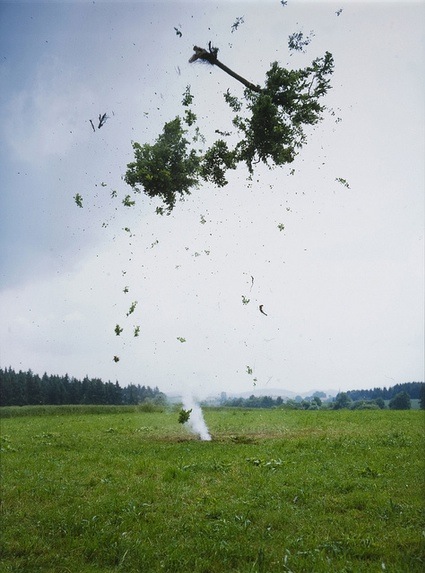 Upside Down in St.Petersburg 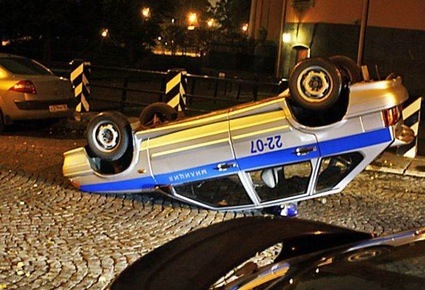 For one of their most recent radical performances, Palace Revolution, members of the Voina collective overturned seven police cars, some of them with officers inside, at St Petersburg’s Palace Square. They called it an ‘art installation.’ Russian authorities were not impressed and arrested two of them. They were released on bail after but the charges still stand.

Tip: 30 km from St.Petersburg  NCCA Art Residency Kronstadt is situated in the town of Kronstadt, located on Kotlin island in the Finnish Gulf. A dam connects the island with the mainland. Founded by Emperor Peter the First in 1704, Kronstadt is one of Russia's most famous marine fortresses. Nineteen forts and redoutes in the gulf surround the town. Kronstadt has been included in UNESCO World Heritage List. 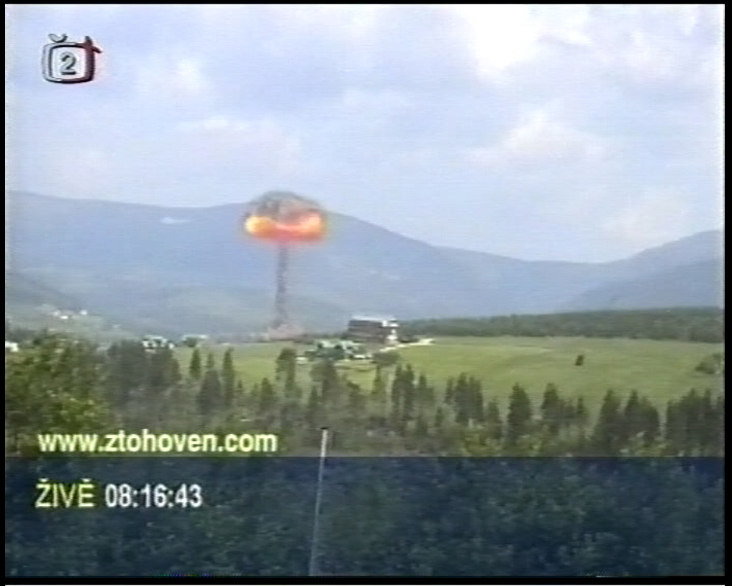 Czech guerrilla artist collective Ztohoven gained fame in June 2007 when they hacked into a weather forecast on national tv and inserted a digital image of a nuclear explosion on a live panoramic shot of the Krkonoše Mountains.