This month's focus >The interview:

A collection interviews with & stories by artists elsewhere. Artists in residence who were so kind to show you a glimpse of their day to day life, their thoughts and encounters.

the edge of the world

An interview with GJ de Rook during his stay at the CEAC in Xiamen, China.

Can you describe what you see if you look outside your window?

At first I see a balcony closed with a sort of open metal fence. it is tradition here to 'close' balconies this way, probably to prevent children and drying clothes to fall down. Then the lower half of my view is occupied by two rows of white, red-roofed villas and the upper half is a combination of sea and sky between which the border is mostly vague, probably due to mist and/or fog. But I can see a few small islands and an array of different types of ships: from container and other freight ships to smaller ferries and one-engine open fishing boats. 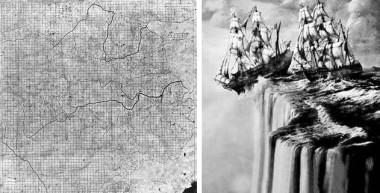 In ancient China, the prevailing belief was that the Earth was flat and square, The Yu Ji Tu, "Map of the Tracks of Yu", carved into stone in 1137 features a grid of 100 li squares (l). Sailing of the edge ot the earth. (r)

Why an artist residency?

To take a break from my daily practice. To have time to reflect and to experiment. To read and take a distance. And to ask myself new questions and create new works.

Why did you apply to Bethanien specially?

Bethanien has been on my wish list for quite a while. Sometimes you really feel that you have to be somewhere. I was very fascinated by the building and it's location. The amazingly dramatic architecture, the remote feeling. I thought it would be the perfect place for contemplation and creation. A bit romantic... Also the size of the studio appealed to me. I would have the possibility to work on several projects at the same time and to make larger scale sets for my photographs. And of course living in Berlin.

Are we looking at the same moon? 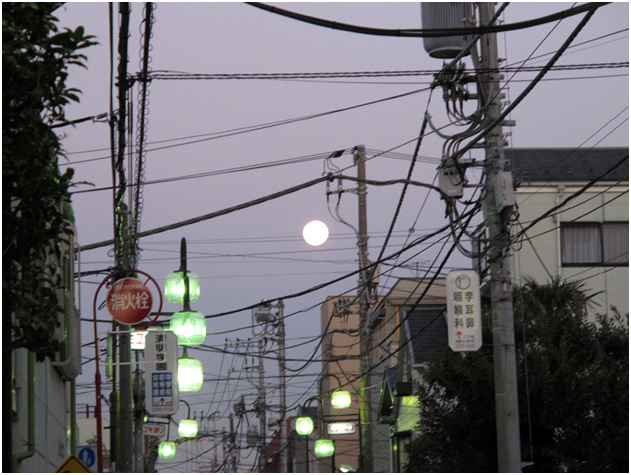 Erik van der Weijde, an artist who works in the mediums of photography and self-publishing, was earlier this year on a residency at Arts Initiative Tokyo supported by the Fonds BKVB, Holland.

TransArtists: "Please describe the view from your window."

Graham hudson, artist in residence at King's Cross Central, London, shows us around the space that will be his studio for six months. (Produced by Jared Schiller for King's Cross Central and Butcher's Projects, supported by Arts Council England. Originally shown on guardian.co.uk ) 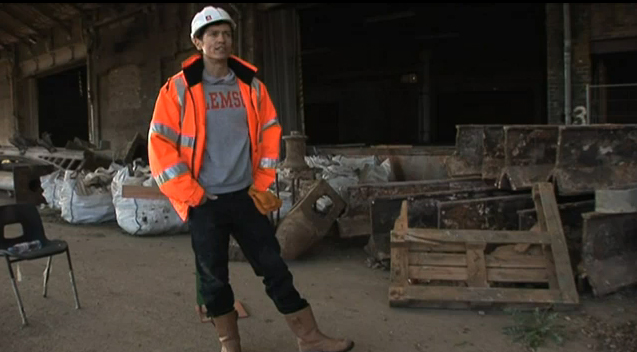 Multimedia artist and NASA's first and only artist-in-residence Lauri Anderson was the guest of Romanian talk show 'Garantat 100%' during her stay in Bucharest, November 2010. Topics: being an artist-in-residence at NASA, a stairway to outer space and the power of colouring. Her NASA experience resonated in a 90-minute monologue called The End of the Moon.